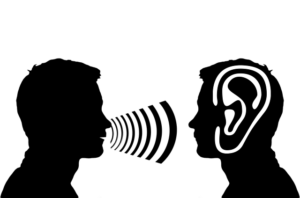 As I edit Zombie Love, I realize that I’m having a serious problem with perception. After revising an awful lot over the last few days, I’ve come to the realization that there are two types of perception running in a novel: perception as the characters/writer see it, and perception as the reader sees it.

Let me explain what I mean. First, for the sake of clarity, I define perception as:  “awareness of the elements of environment through physical sensation.”

When a character walks into a room (or a writer starts describing the room the character enters), he notices everything simultaneously because he has the big picture. He can focus on what his love interest is wearing because he’s already figured how how many people are in the room, how big the room is, where everyone is standing, etc. The character is focused on what he wants, and everything else falls by the wayside.

The reader, however, wants the big picture (for the most part), because without it, it’s hard to imagine the scene. This isn’t a big deal if you’re leaving the imagining up to the reader, but if you have a clear picture of the scene and reveal it bit by bit, you’re going to run into trouble if the new information contradicts what the reader had imagined.

For example, if you say the man met a brunette in a red dress, the reader might imagine a rail thin girl in a slinky cocktail dress, with long brown ringlets flowing down her back. When a few paragraphs later, the author reveals that it’s a red sundress, the woman has a pixie cut and she’s short and stocky, the reader now needs to re-imagine everything. It might even force the reader to go back to where the character was introduced and reform his opinion about that character.

So what does this mean for me as a writer? It means I need to get the big picture stuff down first. I can’t neglect the details temporarily because I want to see the scene as the character does, then throw the details in later. My reader won’t follow and will lose interest in being wrong. If I want to keep a reader, I need to think like one.

The challenge then, becomes how to describe a character without sounding like a personal ad? How to describe a scene without making a list? How to avoid the dreaded “info dump?” How does a writer give all the details while still moving the story along and retaining interest?

It’s a delicate tightrope that I’m still learning to walk.