A murdered little girl whispers in the night.
What does she want?
And what does she know?

Gary and Fiona’s lives are shattered by the abduction of their twelve-year-old daughter, possibly by the one they call The Goldilocks Killer.

Crushed by guilt and remorse, Gary descends into a toxic spiral of drink and despair that threatens to destroy everything he holds dear.

As he struggles to come to terms with the loss of his daughter, The Goldilocks Killer strikes again, opening the door to ghostly terrors Gary never dreamed possible.

And the haunting truth he is too afraid to face. 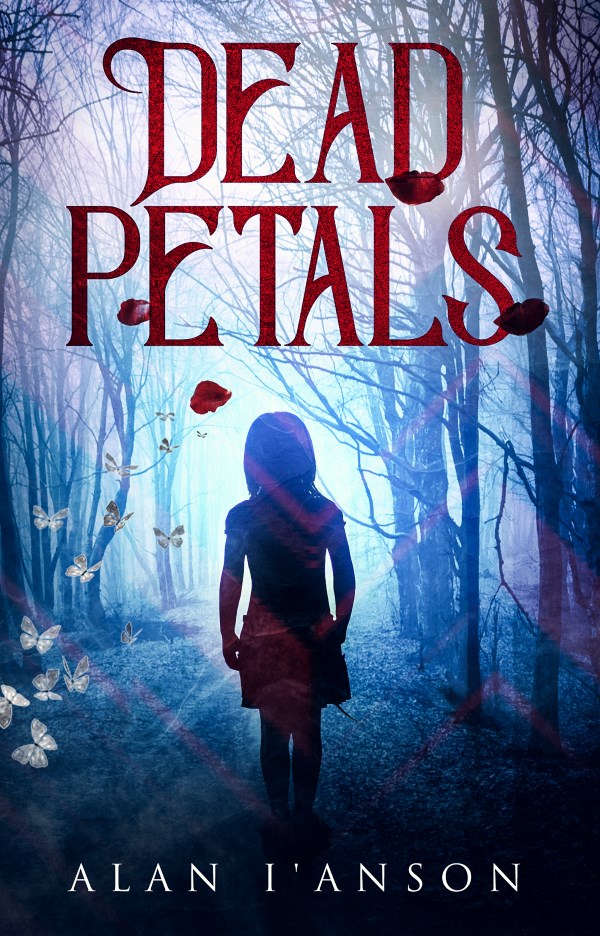 Context: Against his better judgment Gary has agreed to attend a funeral of a little girl who’s life he tried to save.

The crowd stirred, all heads turning to the funeral procession driving slowly along the road. Mourners stood aside as the hearse pulled onto the church forecourt and stopped. The little coffin was barely visible beneath the mountain of flowers piled on and around it. Set prominently on the lid lay a floral tribute spelling out EMMA in carnations and chrysanthemums.

The sight of the coffin sent many of the mourners into fits of grief, handkerchiefs pressed to eyes and mouths.

Steve, Nola, and their parents climbed out of the cars. The footmen removed the flowers and after a brief discussion, Steve, both grandfathers, and Aedan conveyed the small casket into the church and set it before the altar.

Gary allowed the rest of the congregation to enter behind the pallbearers, before quietly slipping into a pew at the rear of the church.

The priest spoke of love and anger for a life cruelly taken away, but Gary barely heard the words. Grief consumed him. Grief for the daughter he could not, and probably never would, lay to rest. There was no closure for him. No place to lay flowers. He was forced along a never-ending river of pain that flowed into a black void of despair.

It was all too much.

He made to slide along the pew, intending to escape the smothering atmosphere, when he saw her standing atop the altar’s marble stairs.

He froze; all other thoughts thrust from his mind. He blinked, trying to tell himself that it was another little girl who had escaped her mother’s hand and had mischievously climbed the steps to the altar; the mother too embarrassed of the fuss trying to get her back might cause while the priest spoke.

But she was dressed in the same blue coat and white socks as she was on the day he tried to bring her back from that other place.

He let go of the breath he’d been holding and glanced around. The congregation quietly mourned, as though they couldn’t see her.

No one can see her.

Emma’s dark eyes pierced him from all the way across church cavernous interior.

What does she want?

The priest stood down and Steve got up, walking right by his daughter without even knowing she was there. He unfolded a piece of paper and cleared his throat, his breath buffeting the microphone and echoing around the church.

Gary tried to focus on him, on his words, but his eyes kept shifting back to Emma and her intense stare.

Gary tensed as Emma took a few steps toward her father. She looked up at him and raised her hand, almost—but not quite—touching his. Steve hesitated, his expression full of confusion and distress. He glanced down, his fingers stroking the empty air. For a moment, Gary thought he could see her too. Their fingers almost touched, but then she moved away and the moment passed. Steve cleared his throat, found his place, and continued with his eulogy.

Emma skipped down the altar steps into the aisle, walking slowly by her casket. She trailed her fingers lazily over the polished veneer side wall, her eyes shifting back to Gary. Her small hand dropped away from the coffin, her eyes focused on Gary as she stalked toward him.

Gary wedged his foot against the kneeler rail, forcing himself up against the wooden back of the pew. With rising panic, he glanced around, unable to believe that among all these people, he was the only one who could see her.

Is she really there?

When he looked back at her, she had somehow cleared the distance in a moment and was stood right beside him. Gary stiffened with fright, turning his face away and bowing his head; too ashamed to look into the child’s eyes, too afraid of what he might see there.

“Are you all right?” someone asked.

Gary opened his eyes. The lady sitting in front peered over her shoulder, raising an eyebrow at his odd behaviour.
The hand had vanished, and so had Emma.

The woman returned her attention to Steve. Gary let out a long shaky breath and hung his head. Something on the old polished oak beside him caught his attention and she eased away from it.

Roughly scratched into the dark varnish.

Want to read more? Check out Dead Petals on Amazon!