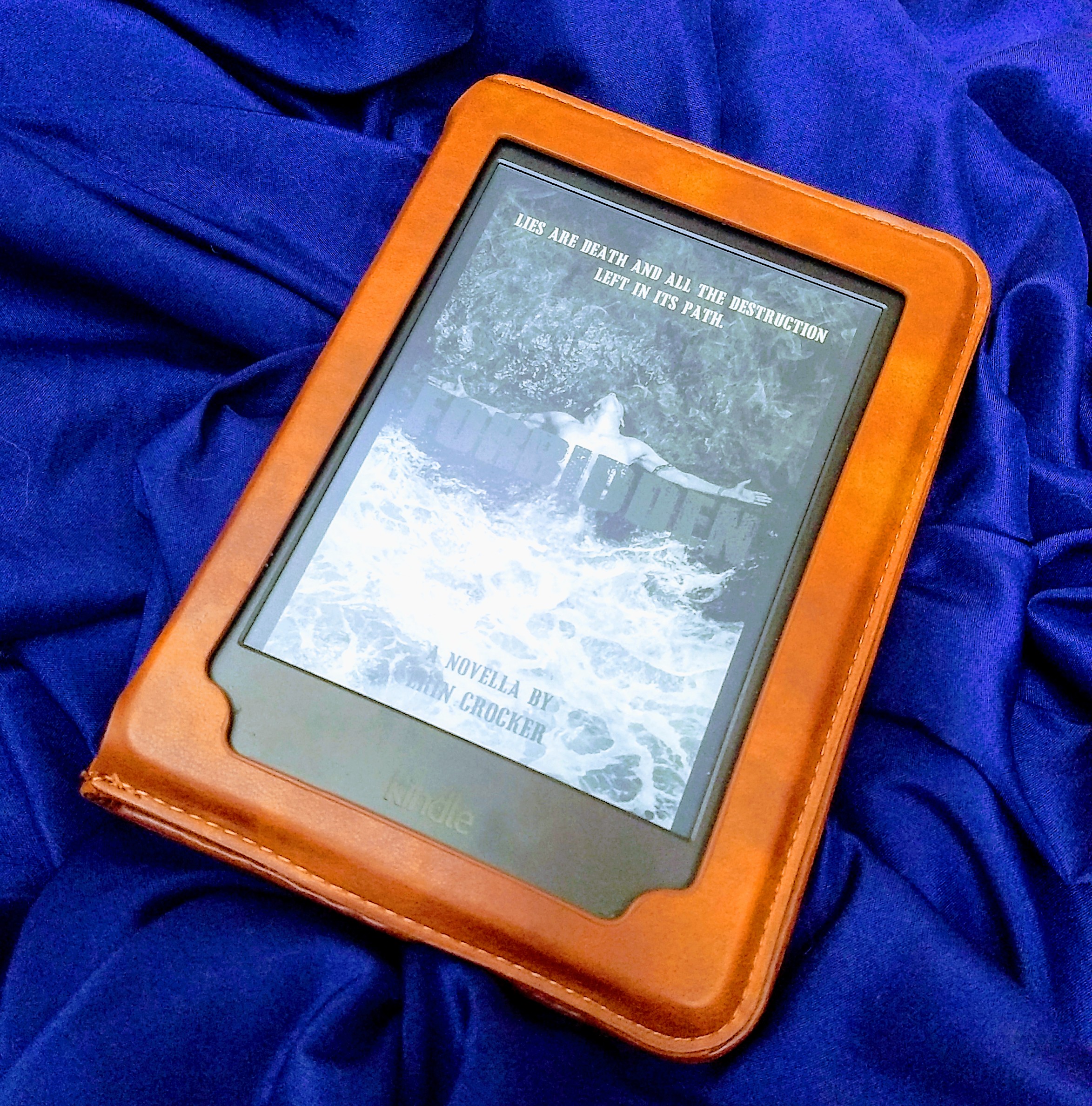 This novella is an ambitious undertaking, and although the story basis is compelling, the execution needed a bit more revision. Structurally, it was honestly a bit of a mess, but the writing is competent, though it occasionally borders on purple.

I enjoyed the creativity of the plot line, and was drawn in immediately to the scene and characters in the opening. I could picture the story unfolding until I hit a few chapters in and found myself completely lost when one character dies, then walks away from the crowd. I honestly reread the chapter give times trying to figure out what happened, then finally concluded that the author mixed up the characters’ names. However, that wasn’t the case; rather, there was a spirit/demon/something going on. In retrospect, it sort of made sense, but I spent way too much time confused to enjoy the story.

Likewise, I was disappointed that the introduction promised revealing a secret/cause to the “lies,” but it was never revealed. There were some interesting characters, but the emotions seemed to explode out of nothing – there wasn’t enough build-up. Finally, the afterward felt like a cop-out; the writer tells us everything that happened after without giving us any of the emotion. Honestly, it felt like a comedy or kids’ where the credits roll over still images with captions as to what happened to each character. That didn’t fit with the tone of the rest of the story.

Honestly, I think this novella could really be worked into something good, but it needs more work. With further exploration of characters, drawing out the afterward into actual scenes, and explaining the event that triggered everything, it could be a quite compelling story.

*As an Amazon Associate, I earn money from qualifying purchases.