Book Review: The Murder at Sissingham Hall by Clara Benson 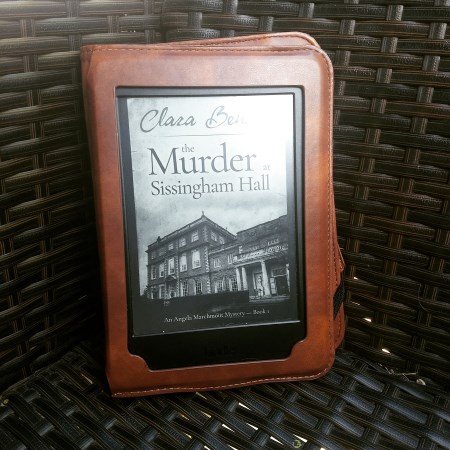 On his return from South Africa, Charles Knox is invited to spend the weekend at the country home of Sir Neville Strickland, whose beautiful wife Rosamund was once Knox’s fiancée. But in the dead of night Sir Neville is murdered. Who did it? As suspicion falls on each of the house guests in turn, Knox finds himself faced with deception and betrayal on all sides, and only the enigmatic Angela Marchmont seems to offer a solution to the mystery. This 1920s whodunit will delight all fans of traditional country house murder stories.

The Murder at Sissingham Hall by Clara Benson

This book had a bit of a slow start. It’s a leisurely read, which is not usually my style, but I enjoyed it. There is quite a bit of lead-up: the murder doesn’t picture until 1/3 way into the book. The characters were interesting, but honestly, I kept getting them confused even though there was plenty of description for each character in the long intro. There were a few moments where characters acted in a way that wasn’t logical, but rather necessary for the plot, which is one of my pet peeves. Another small irritant was that the book is marketed as book one of the Angela series, but she hardly had any role in solving this case; rather, the reader knew what had happened before Angela did, so her revelation seemed counter-climactic. However, I wasn’t absolutely sure who the murderer was until the end, which means the author did a good job throwing some red herrings out, and therefore earning this novel 3 stars.

*As an Amazon Associate, I earn money from qualifying purchases.