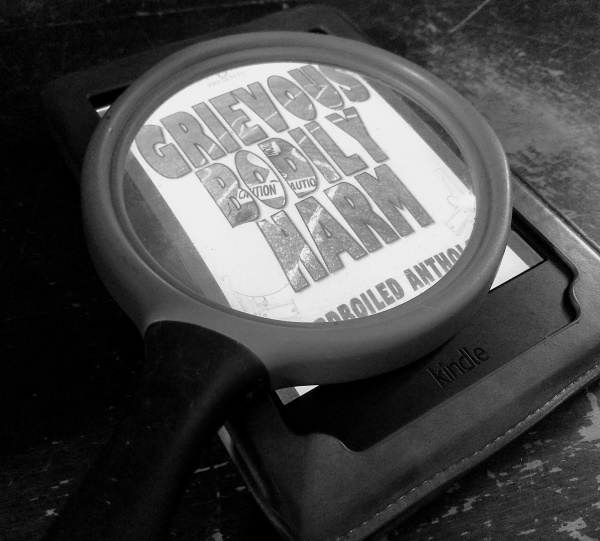 Anthologies, especially indie publishing anthologies, are really a crapshoot. Some of them have excellent stories, but they are often intermingled with pretty awful stories (generally stories that are too predictable or don’t seem to go anywhere). I found that the majority of the anthologies I read are either three or four stars – since I arrive at my rating based on averaging each of the stories individually, it’s darn near impossible for me to give five stars to an anthology.

That said, Grievous Bodily Harm is easily a five-star read. There were some wonderful tales in here – I particularly enjoyed The Hundred Year Old Sheriff by Timothy O’Leary and The God of the Lame by Mark Bruce (I enjoy a writer with a good sense of humor), though there was not a bad story in the bunch.

Highly recommended for lovers of short stories, detectives, noir, and really anyone who loves a well-spun yarn.