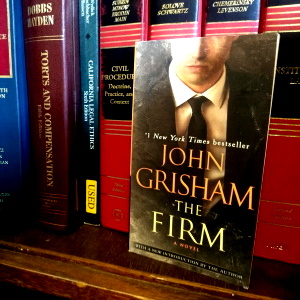 Sucked In by Charissa Dufour
My rating: 4 of 5 stars

I picked up this book after discarding two other indie books due to poor grammar on the first few pages. As someone who reads indie books, it was a joy to read one that was well edited.

The plot was fantastic. The vampire lore the author created was wonderful – similar enough to standard vampire takes with a bit of her own twist thrown in. The main characters certainly had their own personalities, though occasionally the dialogue felt a bit off – as if the characters were only saying the lines to fit the plot.

There were a couple of irritants, but nothing horrible. The main character, Ashley has a habit of naming something incredibly specific, then saying, “I mean, that’s what it’s called, right?” It has the effect of a narrator who is hiding something and trying to act dumber than she actually is. Either that or an author who just can’t help but be specific, even if the character wouldn’t know the detail. The absolute worst for me was Ashley not knowing what a “sire*” is when she writes vampire novels. Yikes.

The other issue that kept cropping up was repetition – I lost count of how many times Ashley was offered a human to drink from and went through a moral dilemma. It’s a great thing to think about, but it can only happen so many times before you stop caring and start rolling your eyes.

Finally, the book does not stand alone, which is a personal pet peeve. Objectively, the book is 4 stars, but personally, it’s a 3 because I cannot stand books that draw you in, then leave you hanging. It doesn’t feel like the book resolves, but rather that you’ve been cheated out of a proper conclusion. I’m willing to invest 300 pages into a sorry, but I get irritated when it’s a bait and switch, and I’m now only 300/700 pages into the actual tale.

Still, all-around enjoyable. I was undecided about reading the rest of the series.

Find Sucked In on Amazon