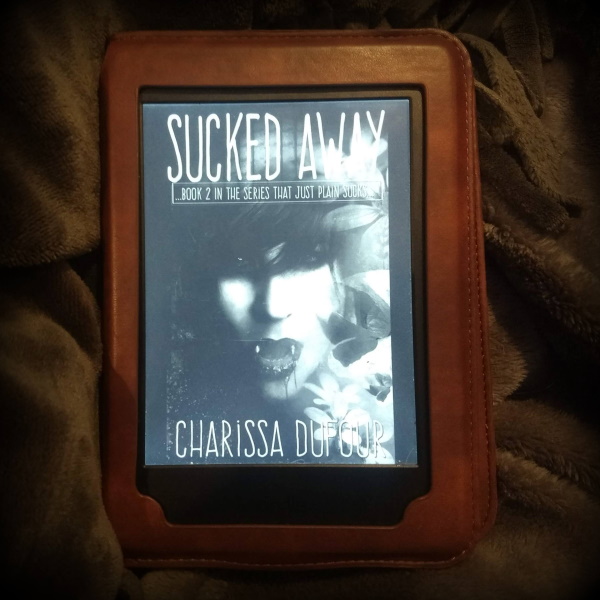 Sucked Away by Charissa Dufour
My rating: 3 of 5 stars

I decided to read the second book because I had Kindle credits and figured, “Why not?” I appreciate the second book, even though it got more ridiculous. The plot was fun and unexpected, and the battle scenes were particularly well written. I was a bit confused about how it seemed that nearly every major male character started falling for Ashley. The character change in Mikail was especially confusing. And the “horny cat” comments were rather off-putting. I appreciate the author’s desire for a surprise romantic triangle, but it fell flat to me. (Note: this issue resolves in the third book.)

Pros: battle scenes, plot, dialogue, world-building
Cons: refusal to take anything seriously (even in dire circumstances, Ashley is cracking jokes or saying, “oopsie.”); Repetition; inconsistent characters; Ashley continuing to do stupid things and everyone continuing to allow her to do so.

Find Sucked Away on Amazon