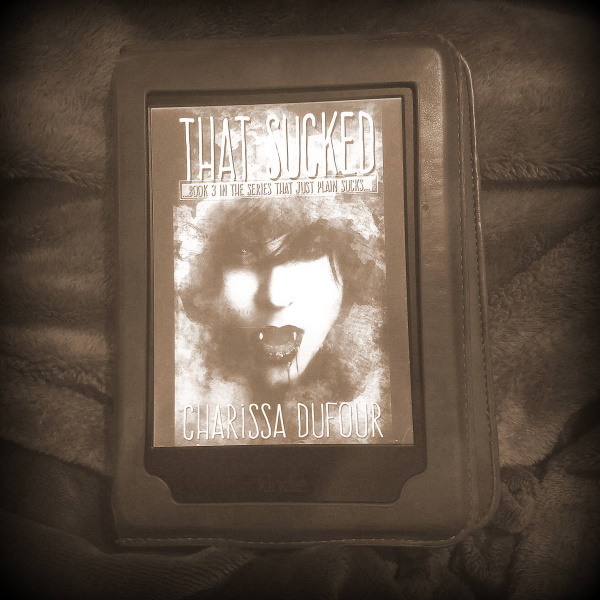 That Sucked by Charissa Dufour
My rating: 3 of 5 stars

The second book was really short – much more of a bridge – so I was really looking forward to the third and final book. I really enjoyed the way the characters worked together to collect all the supplies they needed. I particularly loved the ocean scene – I could smell the characters after.

I was really looking forward to the conclusion. Everything seemed to be going well, then the big plan didn’t work. I was excited to see how the author was going to work out a solution to the problem and instead – she didn’t. The book just ended. There was a big battle at the end, but the arc of the main character just died (along with her) without resolution. It was as if the author wrote herself into a corner and gave up. I wish the series had a stronger ending, but honestly, it was a letdown.

As a whole, the series was an enjoyable, quick read, but the final ending dragged the trilogy down. Overall series rating 3/5.

Find That Sucked on Amazon